Two of the most extreme Ferraris ever made, a track, Harris ... and a guest driver 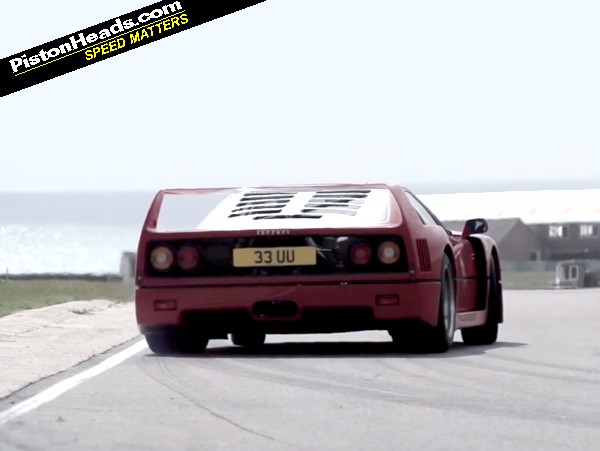 I would be lying if I said this test came about because I engaged all of my journalistic persuasion in the pursuit of a lifetime goal. That had nothing to do with it.

It came to pass because an individual was fed up with hearing all the recent nonsense about people like me driving valuable cars like his. He said he wanted to loan me his F40 and F50 (absolutely tickety-boo for me, I said ) and that he expected them to be driven the way the Gods of Maranello intended. 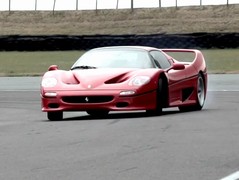 Where else have you seen these two driven thus?

He didn't want a contract signed because we had an email trail clearly explaining what we intended to do and even though he wanted me to attempt to insure the cars for a day's extreme filming on track, if that wasn't possible he was happy to cover the risk himself. That did indeed turn out to be impossible. He wanted to see the cars driven hard and understood the reality of the situation: that the only way a test of this type can take place is if the owner underwrites the mechanical health of the cars, purely for the love of, well, cars.

There is no way of insuring the internals of a 22-year-old Ferrari, it just isn't possible. Even if the engine was rebuilt and re-sealed in front of the insurance company it isn't going to happen.

As for the road risk, well Stuart and PH kindly put me on their policy. Yes, the email confirmation did ask me to be careful - I just never knew careful was spelt with a capital 'F'. And I might have received a text message a few seconds after the scheduled end of the shoot, just to ask how things had gone, naturally. 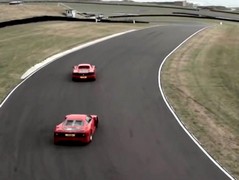 A tough day at the office for Mr Harris then

The cars themselves? Perfection. The F40 versus F50 debate has rumbled along for some time and I've never before had a chance to offer anything on the subject, but I think we had a good chance to unearth the way both cars drive and behave. They are rightly held as definitive driving experiences, but sadly their value as objects is increasing at such a ferocious pace (more so in the case of the rarer F50) that it's unlikely we'll get the chance to see the cars driven like this again.

There was one other aim of the video, and that was to understand just what the F40 felt like back in 1989. You see when it comes on boost in 2013 it is still shockingly fast compared to modern super sports cars, but back when a 911 Carrera had 231hp, it must have seemed impossibly powerful.

So I had a man who drove the car back when it was new come along and drive on the test and asked him how he felt about the car, both then and now. He's one of the few blokes I'd trust with an F40 under these circumstances.

Excluding some racing exploits, this was the best day of my professional life. A complete honour.

some of the beautiful shots.