Fired up by the review? No doubt you'll want to see what the 650S can do in Harris's hands... 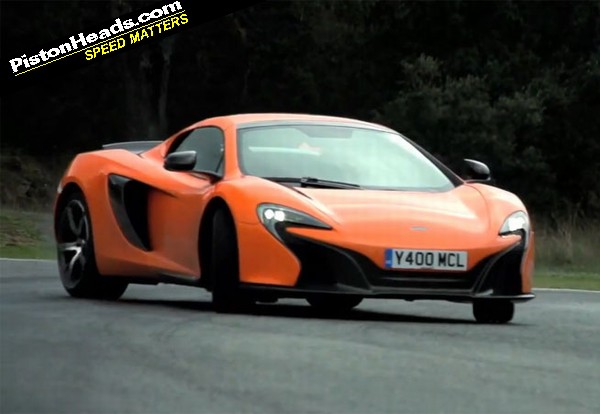 I apologise if this isn't the most comprehensive 650S briefing you'll be seeing this week - I was a little under the weather when we shot it. I think the main point I neglected to mention was the appearance of optional carbon bucket seats. They are around £5,000, which back on planet earth will buy you a very decent car, but in the world of £200K supercars, they're very pleasant indeed.

You've probably already read Dan's report on the car; this video was shot a few days later, when the British weather had arrived. I did however manage a few dry laps before the heavens opened, and the McLaren drivers were really keen to hear what the differences between 12C and 650S were. My answer was probably a little disappointing.

You see unless you are member of the team that develops these cars, or you happen to have a 12C along for the ride, or a group of competitor cars, it's actually very difficult to spot differences. Yes, the 650S felt more positive when it turned-in, and there was more front axle grip than I remember in the 12C - but the change is not that marked.

The biggest shift I felt was in the chassis settings: moving from Normal to Sport in the old car didn't seem to offer that much of a change, now it really does.

Dan occasionally likes to quietly disagree with me on certain matters, so I'll suggest that I didn't feel the extra performance quite as clearly as he did. That's not to say it doesn't feel immensely fast, just that the 650S still needs to be spinning beyond 3,000rpm to feel brisk and the last 12C I drove still felt way, way punchier than the last 458 I sat in. This car really is so fast you have to watch yourself on the public highway.

And that's the bit I can't tell you about, the road. It was lashing with rain when I had the car, and being a bit broken myself we ran out of time to go and drive it on the street.

Still, good excuse to borrow one in the UK for a few days.