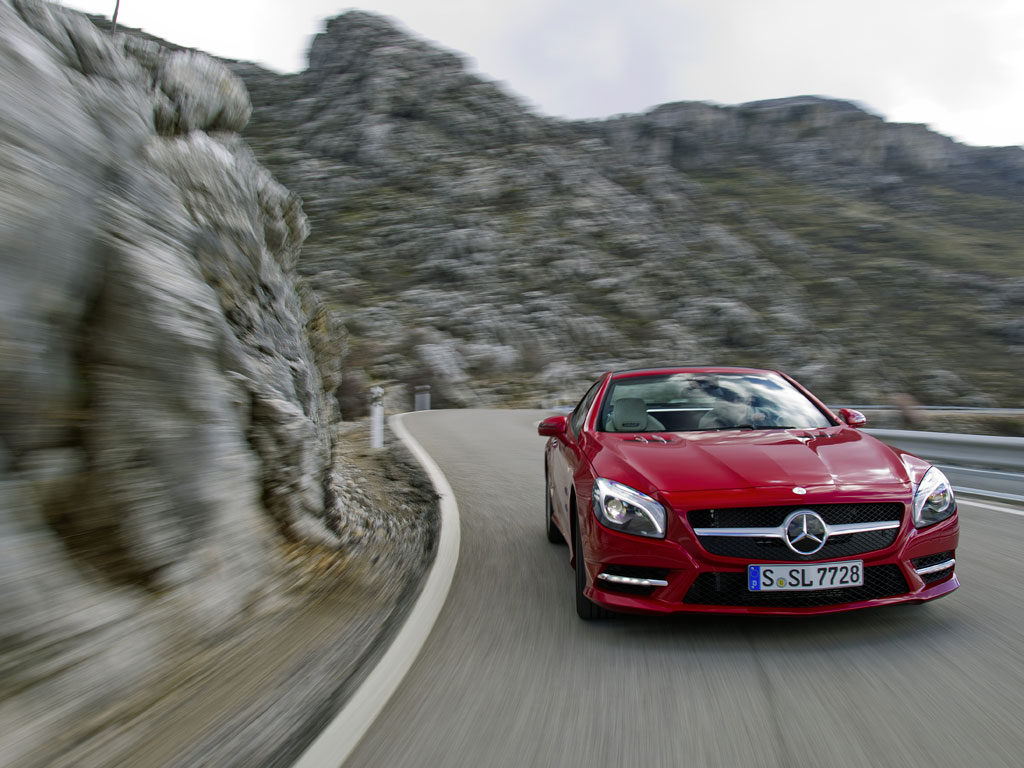 Thinking of ways to introduce the new SL got me pondering the terms of admission to the icon club - that rarified group of products that transcend markets, classes and niches and instead exert their own gravity on the machinery around them. I think the Mercedes SL is an icon.

Driving some of the older models makes me even more certain it is. 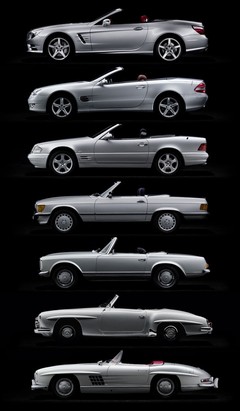 It is unlikely that I will ever drive a W198 300 SL roadster again, and that tightens my stomach muscles with sadness. It is by quite some margin the most desirable old car I have driven in years - perhaps ever. After we'd finished shooting the video a man from Mercedes told me it was worth around £400,000, which is less than a Gullwing, but given the significance, quality and sheer beauty of the machine that value seems undercooked to me.

What must people have made of this in the 1950s? Well over 200hp, styling from a sci-fi movie and the type of materials and finish you'd expect of the self-proclaimed maker of the finest automobiles on the planet.

The whole machine is just so tight and usable. The mechanical fuel injection gives a flat idle and consistent throttle response through the long-travel pedal, and the noise from that straight-six is captivating. You can decipher individual component sounds, the rush of valve train, the hammer of fuel pump, all blended into an exhaust noise that serves to remind us that the in-line six will always be one of the most charismatic sounding motors.

The gearbox is just gorgeous - mechanical and precise - and the interaction between it, the throttle and the vast steering wheel is immediately natural and relaxed: to the extent that you immediately start cruising at 80mph, where the car feels composed and alert. Until you have to brake. There is a section of in-car footage we haven't used in the video where I'm extolling the virtues of this 50-year-old machine and how swift it is, and we happen across a corner. Elation turns to fear as I attempt to lose 40mph in 50 metres. "It's just so modern feeling, gush, gush, etc ... F***, Neil, I can't stop!!!"

Is the W198 the genesis of the current SL? No, it's possibly the first supercar. The level of want, for me, is very strong indeed.

The first tangible SL DNA lies in the W113, or Pagoda. I drove the smaller 230 SL, but with the rare manual transmission and overdrive. What's immediately apparent is Mercedes' acute understanding of how a car like the SL would actually be used by the owner, as opposed to what might have excited the road testing fraternity at the time.

Elbow resting on the door-top, it's a perfect California land-yacht, not especially fast, but tuneful and relaxing. Rev it out and the 150hp six gives a reasonable turn of speed and I can imagine on a damp road it would cut shapes like a modern M3. Add in the removable hard-top that owners could fit for the winter and you had a sports car with a much broader operating window than any other machine. Therein lies the kernel which seeded the DNA of subsequent generations.

Especially the R107. The older a bloke gets, the more he likes the 107. As I say on the video, I was gutted when they handed me the keys to a 300 SL manual, but it turned out to be one of the best surprises of 2012 so far. It was a 1988 car with the 180hp six and it drove just the way I want one of these cars to drive - soothing but tuneful and offering reward at very low speeds through perfect control weights. I never thought I'd want to change gear myself in an R107, but this was actually pleasant. The sprung seat poinged up and down, the cabin felt like it would last another 300 years and then I got out and looked at it: it's beautiful. No wonder they made it for 18 years. 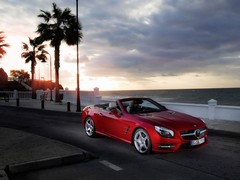 A Mercedes SL in its comfort zone, yesterday

There wasn't time to drive an R129, but I did get a ride in one of the 20 SL73s with Roland Asch around the Ascari circuit - which was suitably crazy. That's another shape which seems to be ageing with uncommon grace. The last R230 model suffers from being a part of the Schremp era of cost-cutting, but the later, facelifted cars were impressive things, especially the SL63, which I ran for a year and fell in love with. You don't realise how many things an SL can do, just how broad its competencies are until you live with one for four seasons.

And the new car? Well, here's the full review from a fortnight ago. It's a car that does even more, even better. It's a car to live with, not test for a day and its looks still don't quite do it for me. But if today's SL500 can perform the way it does, the SL63 is going to raise a few eyebrows.
Enjoy the vid.