Home/Features/Features/Manual gearboxes since 2000 | Six of the Best

Manual gearboxes since 2000 | Six of the Best

By 2030, the manual transmission will be dead. We salute the fallen... 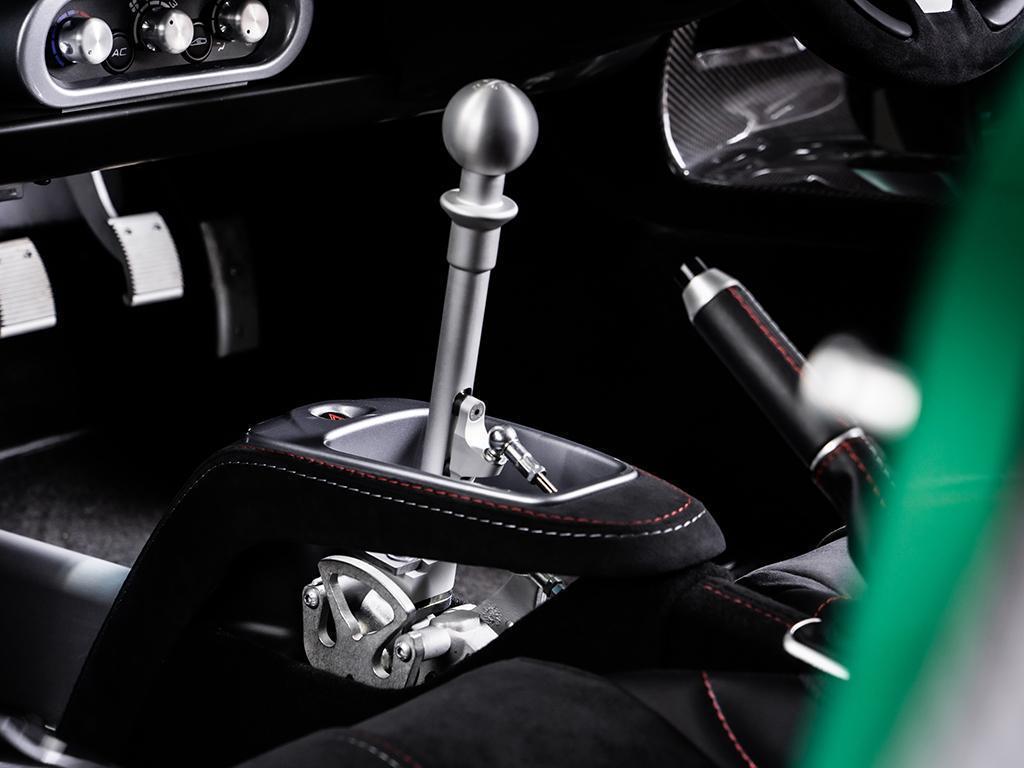 Interviewing Porsche's Dr Frank-Steffen Walliser about the new 911 Targa last week, the manual gearbox inevitably came up in discussion. Because, quite frankly, it was a surprise to see it featured in a car that's ostensibly a lot more about cruising than bruising.

But there it is, available as a no-cost-option on Targa 4S. Moreover, there was Dr Walliser's statement about the future for three pedals: "we will offer one [a manual gearbox] as long as possible, but one day it will not be possible to do so. But I hope that day is a long way away."

When a senior figure at Porsche - a manufacturer which has just made the case for a seven-speed manual in a Targa, of all places - is suggesting that we're on borrowed time, you know the future isn't rosy. But the facts are plain: working the clutch yourself is inefficient, automatics are less effort and therefore increasingly popular, and most manufacturers are more interested in electrification than shift action.

Many have dispensed with it already. And like air-cooled engines or drum brakes or leaded petrol, once it's done away with, it won't be seen again except as a novelty. That's crushing, because the manual gearbox has been at the core of virtually every performance car for the last century. So much so that it would be impossible to whittle that long list down to six personal favourites; this century though is a different matter.

For one thing, the manual has arguably been perfected in its twilight. Done properly, the modern transmission is as oily as mackerel and as assured as sunset. There have even been times when the surrounding car has been rendered secondary to the measurable joy of clutch weight, arm throw and ratio engagement - especially if there's a magnificent engine in tandem. Here's what your children are going to miss out on...

No history lesson required here. The 911 R will forever live in infamy. It ought to have a confederate flag with a gear stick on it fluttering from the window. Truthfully, it could have been the vaguest, most awkward, least satisfying six-speed around, and it wouldn't have mattered: there was a manual back in a Porsche Motorsport (or at least Motorsport-based) 911.

In 2020, with the triumphant reintroduction of a GT3 manual long accomplished, it's easy to forget just how riled people were about the original PDK-only GT3 and GT3 RS. "Such a disappointment. Save the manuals!" read the fourth comment on our 991.1 GT3 review; the fifth compared using a PDK GT3 to taking a bite from a s**t sandwich, despite the drive saying, "to ignore this car because it's missing a pedal would be foolish."

Oh, to be a fly on the wall in Zuffenhausen when it slowly dawned on Porsche that the auto wasn't going to fly with its target audience. The R was its way back from purgatory; furthermore, while we all expected the new six-speed to feature in other models, it wasn't confirmed at the R's launch, which brought matters to a fever pitch. So, yeah, the gearbox could have been a dog's dinner and the chancers would still have wanted £400k for one.

It wasn't, though - it was magnificent. The shift action and weight of that six-speed, combined with the dizzying immediacy of the flat-six with the (optional) single-mass flywheel, made for one of the great manual experiences. And that's allowing for the marginally overlong clutch travel. There just wasn't an ounce of slack anywhere, making the feel of good changes as intoxicating as the not-so-good ones were shameful. It's an engine and gearbox combination as good as the best strike partnership: cohesive and slick, made for each other it seems, with the power to amaze at any moment.

Handily the rest of the car wasn't bad, either...

What, surely some mistake? The great Audi manual of the last twenty years is the R8, right? Well, certainly it's hard to deny the romance of the open-gated affair or its contribution to the whole un-Audi aura which marked out its first mid-engined sports car.

But - and there really is no other way to say it - the six-speed transmission wasn't always the nicest to use. There was a lot of click-clacky (so much in fact that it almost seemed to be coming through the speakers) and plenty of effort required. The gratuitous amount of theatre meant that quick shifts were nigh-on impossible.

No such problem with the RS4. It was a far more unassuming affair, its six-speed manual, and probably suffers from being a little too light and hollow in its action, but it was easy, direct, and certainly quick enough. It heralded a generation of easy-to-use transmissions which have made go-faster VW Group products so easy to get onboard with.

Moreover, it linked your brain, feet and hands with one of the great V8s and without the R8's onerousness. Hard to even imagine the concept now: a fast Audi estate, saloon or cabrio, available exclusively with a V8 that revved beyond 8,000rpm and a six-speed manual. It reflected Audi's confidence in the product, and that it would reach the right people. Both instincts were well-founded; the B7 RS4 was a seminal fast Audi, one which owed a great deal to a superb powertrain.

A Lotus, in great gearboxes? This is even sillier than the Audi. But bear with us. Because not only was the exposed linkage a novel, stylish way to shed some weight -1.5kg, since you're asking - it also improved the shift quality and noticeably enhanced the overall experience. An experience which already encapsulated arguably the best driving Lotus of its generation.

When we first drove a Sport 350 the manual was described as "the biggest immediate score of any previous Exige", with a "positive and snappy change" alongside the visual appeal of seeing the mechanism in action. The point being that the car had finally found a transmission worthy of its standard elsewhere. No more mediocrity; suddenly Lotus's raw-edged, analogue sports car had something like the raw-edged, analogue 'box it need to make every ratio change seem special. Twinned with the car's unmissable soundtrack, and it's hard to think of anything likeminded currently doing the same job better.

That this most Lotus of modifications then went on to improve the Elise with models like the Sport 250 (as well as the Sport 410 and Cup 430 Exiges) secures its inclusion here. Yes, there are other smoother, swifter manual gearboxes - but none that claim to better complement the untamed character of what remains a righteously brilliant car. Imperfection, as anyone at Lotus will tell you, is no impediment to greatness.

Back to safer ground. If the FK2 Civic Type R hinted at it, the FK8 confirmed it: Honda can still make exceptional manual gearboxes, even if its very best are consigned to the previous century.

With essentially the same engine and gearbox carried over from old Type R, the FK8 proved the importance of a good driving position to get the most from a great manual. Where the driver had to reach down to gear lever before, it now sat alongside you, like a pistol on a side table, ready to be grabbed at instinctively. It delivered the same delicious, oh-so-perfect 40mm throw as before with that endlessly gratifying weight - only now it seemed integral to proceedings. No current generation hot hatch so rewards the giddiness of hitting third at 4,000rpm.

And that's despite the fact that the turbocharged 2.0-litre VTEC isn't as wildly exciting as some that preceded it. All credit to Honda for launching a manual-only model in a segment increasingly fond of automatics; even Hyundai - as bullishly pro-old fashioned as a hatchback manufacturer gets - has now caved in and will likely offer the i30N with a DCT later this year. Alongside the hopelessly outmatched 308 GTI, that leaves the Type R as the only hot hatch offered exclusively with a manual. Fortunately it is a standout feature of one of this decade's standout cars.

Okay - we very nearly had the Mazda MX-5 here. Perhaps we should've done, because there's no denying that the manufacturer's transmission is almost an object lesson in how you design and make a mainstream gearbox for the aficionado. All carmakers must think hard about their gearboxes, as they do everything else, but Mazda is the one firm which genuinely has you believing that the process is more art form than mere technicality.

Unquestionably, it is superior in virtually every facet to the Mustang's six-speed equivalent because it's not all that brilliant, being quite hefty but not all that feelsome and somewhat awkwardly integrated with the driving position and clutch pedal. That said, and however perverse it may sound, the GT remains a great manual experience.

Because a light, delicate manual gearbox in the Mazda mould would be all wrong. Something that requires a judicious shove into the chosen gear fits nicely with the butch way the Mustang goes about its business. The big Ford isn't built for subtlety or daintiness - it's about mistreatment. And 5.0-litres of Detroit muscle. Clutch and stick mastery over the naturally-aspirated V8 is one of the industry's last remaining unfettered joys. The MX-5 is superior, sure. But the Mustang ball-knob takes you places no four-cylinder convertible has ever been.

Now, this list patently wouldn't be complete without mentioning some of this century's manual exotica; problem being that the assembled six could be done twice over. There were five manual Murcielago SVs, for crying out loud, and if you want a memorable cog-swapping experience then that's where to find it. Don't forget, either, that Lamborghini sold customers, manual, rear-drive Gallardos for a period as well - not just the Balboni. That's before mentioning the various special-order Ferraris that have snuck through the last twenty years with an open gated manual (the 599 GTB, most notably), the Pagani Zonda and others from brands here already mentioned: the Carrera GT, Ford GT, Honda NSX-R and so on. The manual transmission's life may be coming to an end, but the one-percent have never had it so good.

So why the Vantage? It could, after all, be suggested that it's a gearbox which doesn't match the others for tactility and satisfaction, with its weird dogleg and slightly awkward gate. But, well, we make the rules here, and the V12 Vantage S manual is here for two very good reasons. The first is because this was the realisation, finally, of what the V12 could be: the 2009 original was a bit too hairy-chested for its own good by all accounts, the 2013 S improving it markedly but opting for dim-witted Sportshift-only. Only in 2016 did Vantage S package come together with the new seven-speed manual, nearly 10 years since the Vantage RS concept first squeezed a V12 into the Vantage.

That it was gone almost before it arrived, the Vantage superseded by the current AMG-engined car, ensured the Vantage S manual was a fleeting but fitting finale to the 6.0-litre V12 Astons as well. The point here is to focus on the manual itself rather than the overall car - but what a valedictory salute: the prettiest Aston in decades, Vanquish-grade power, a chassis to master it and a manual in the middle. Rest assured things are going to keep getting faster and sleeker and lighter and cleverer. But there's a very real chance they won't get any more exhilarating or immersive. Just ask Dr Frank.